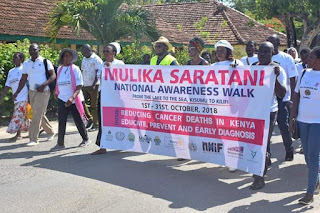 Kisumu First Lady Dorothy Nyong'o when she took part in the cancer awareness walk during last year in October.She has been nominated as a winner  of an International Award on the issue of creating awareness about the cancer disease-Photo Courtesy.

Kisumu Governor Prof Peter Anyang Nyong’o’s wife Dorothy Nyong’o has been selected as a winner of an International Award on the issue of creating awareness about the cancer disease.

This is in recognition of her limitless efforts in the war against cancer through Africa Cancer Foundation where she sits as the Foundation's Managing Trustee.

The Global Health Catalyst (GHC) summit is a premier yearly event at Harvard with satellite conferences in Europe and Africa dedicated to catalyzing high impact international collaborations and initiatives to eliminate global health disparities, with main focus on cancer and other non-communicable diseases.

Awardees are usually nominated and voted for by Harvard GHC organizing committee and past award winners.

Award winners will be specially recognized during the 2019 summit slated for May 24th to 26th this year at Harvard Medical School in the United States of America.

She will travel in the United States so as to scoop the coveted award.

Last year from October 1 to 30, Kisumu County First lady participated in an 800kilometers cancer that kicked off from Mombasa to Kilifi in the coast region.

Addressing the press in Kisumu during the official Kick off of the event, Kisumu County First Lady Dorothy Nyong’o said this is a very noble initiative to create awareness on Cancer disease across the country.

“Awareness on the cancer disease is very important and the public should be made aware of this disease with an aim of helping fighting cancer,” Mrs. Nyong’o said.
Nyong’o who also represents Africa Cancer Foundation {ACF} says through the foundation, they are helping to create awareness on cancer disease. 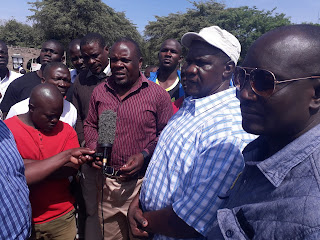 By Dickson Odhiambo
November 18, 2019.
Kisumu Bouncers gives police 7 days to arrest killers of six youth from Nyando
Members of the Kisumu Bouncers Association has given the National Police Service headed by Inspector General Hillary Mutyambai seven days to arrest the killers of the six bouncers from Nyando Constituency in Kisumu County.
Led by their Coordinator Edgar Ochieng’ Odoyo, the Association now want the police to speed up investigations into the killing of the six Youth who were brutally murdered last Week on Friday after they were hired to offer private security in a funeral in Busia County.
Odoyo says the Association is perturbed by the recent happening where members of the Public and Boda Boda operators killed the six youth in Masibule Vill…
Read more 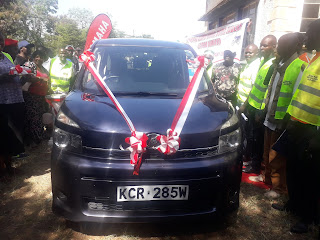 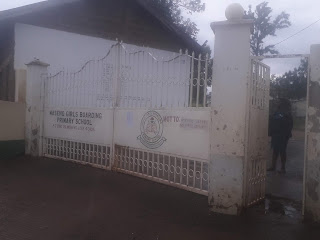 The entrance to Maseno Girls Boarding Primary school.The school has performed well in this year's KCPE where all its 89 candidates have scored over 300 marks with the leading candidate getting 418 marks out of 500-Photo By Dickson Odhiambo.
By Dickson Odhiambo November 19, 2019.
Maseno Girls shines in KCPE Exams as all 89 candidates score 300 and above marks
MASENO Girls Boarding Primary school in Kisumu County has emerged one of the best schools in the county after it has posted an impressive result in this year’s Kenya Certificate of Primary Education which has been released.
The school’s top candidate in this year’s class eight final exams Otieno Shaleen Amondi has managed to score 418 marks out of the possible 500 while Onyango Leyler Sheaffer has garnered 417 marks.
The top candidate from the score was ranked index number 9 in this year’s KCPE Candidature from the school.
Over ten Candidates from the school who sat this year’s exams have managed to get 400 marks and above.
Addr…
Read more